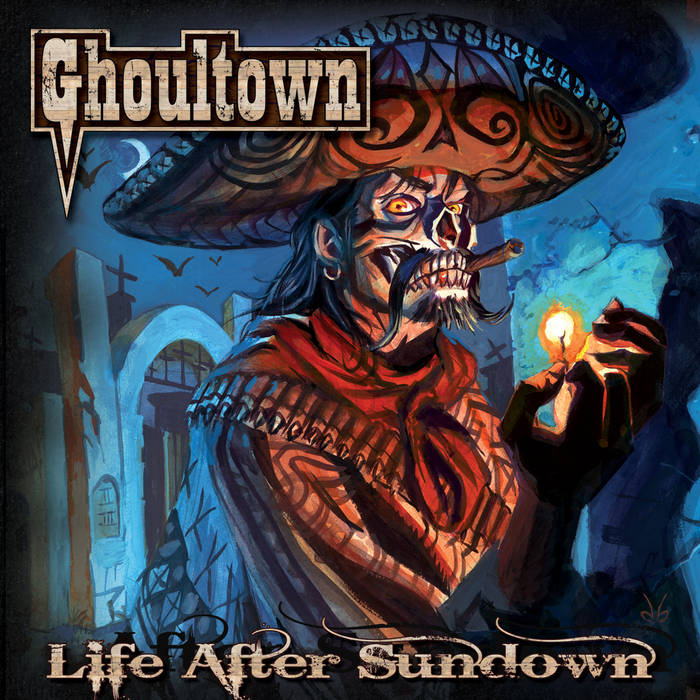 Robert Ikanov I've found this track accidentally on YT. And this is the best song I've ever found there ! ^_^ Favorite track: Drink With the Living Dead.

welshwizzardd The first song I ever heard by ghoultown was 'drink with the living dead' on a youtube playlist. It grabbed my attention and my imagination and that makes me want to find more by an artist. Favorite track: Drink With the Living Dead.

Ghoultown's sixth studio release, LIFE AFTER SUNDOWN, embodies the soul of their guitar-slinging pursuits with a mix of horror rock, punk-twang, and spaghetti western flair. One of the band's most successful albums, featuring fan-favorites such as "Drink With the Living Dead," "Werewolves On Wheels," and "Under the Phantom Moon." With top-notch production by Chris Telkes, another amazing cover by Dan Brereton, guest players, and powerful songwriting, this is a must-have Ghoultown release.