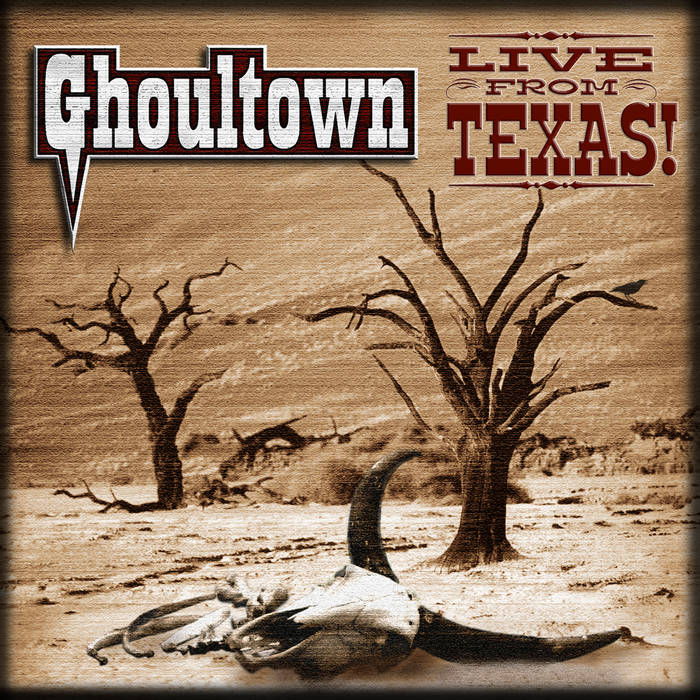 It's Ghoultown in their true element... LIVE! Recorded live in Texas, the band pounds through 50 minutes of hellbilly-fused spaghetti western rock. Featuring live standards like "Killer in Texas," "The Worm" and "Carry the Coffin" -- along with a new instrumental "Gunfight At Red Sands" and bonus studio track, "Legend of Everett Sykes" -- Ghoultown spares no one as they come alive for one night!

chorus:
listen to the rattle that comes with the night
when you see the shadows fading you better pray for the light
listen to the crackle when the flames burn too long
everything you covet has a heavy price
so says the legend of everett sykes